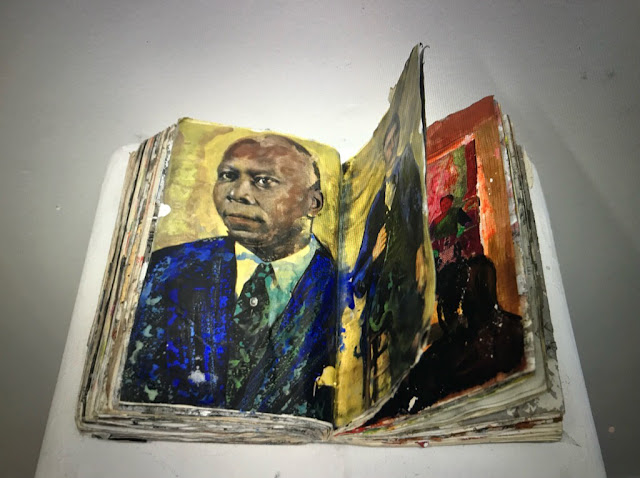 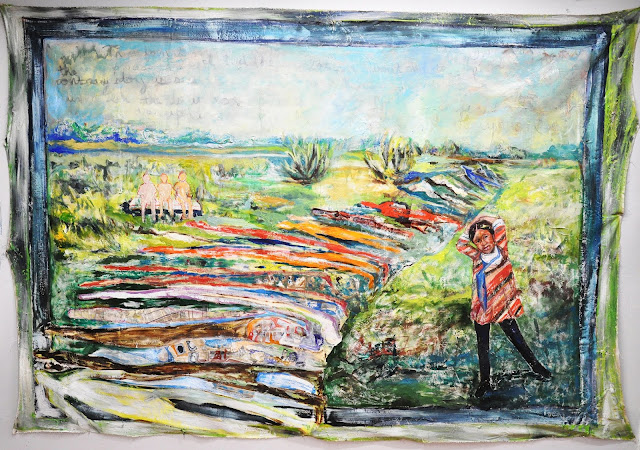 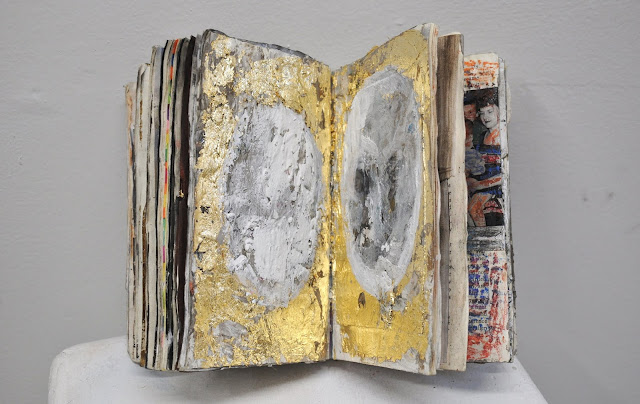 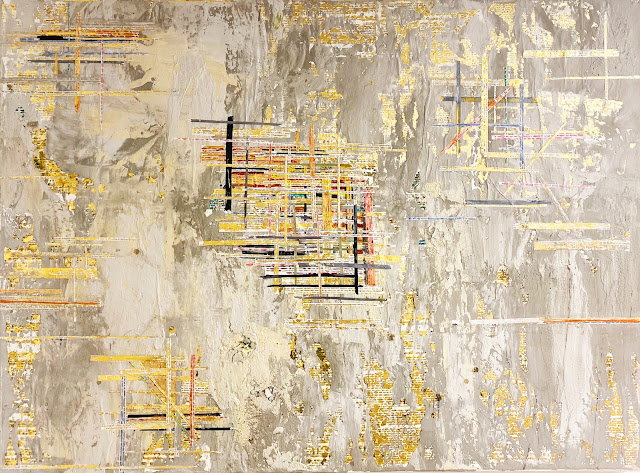 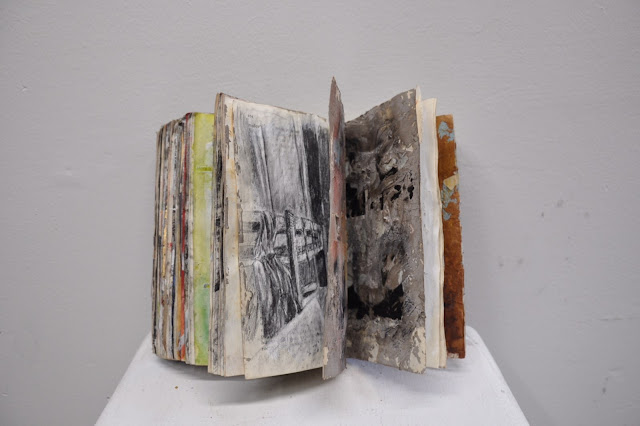 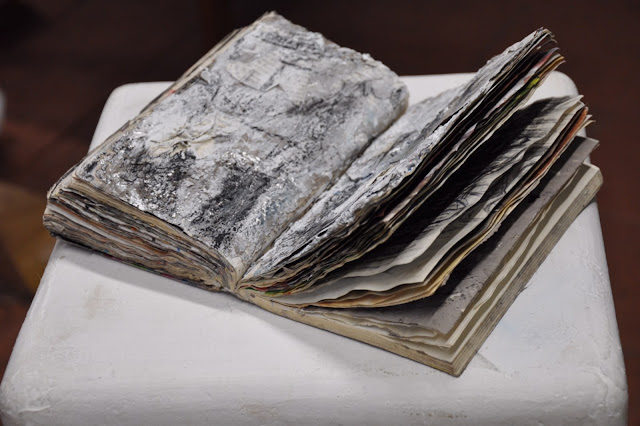 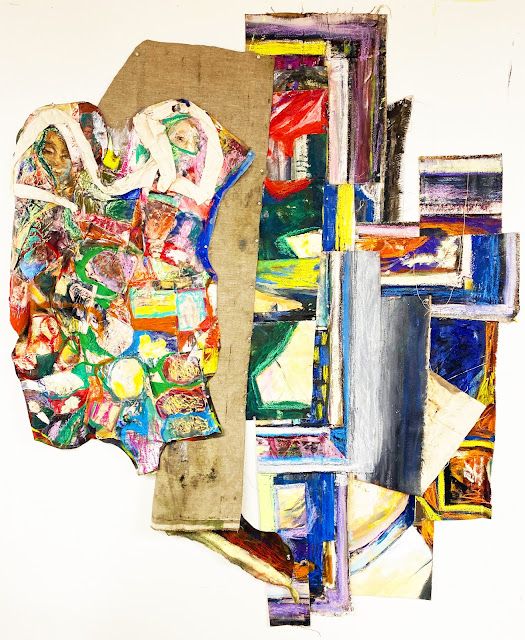 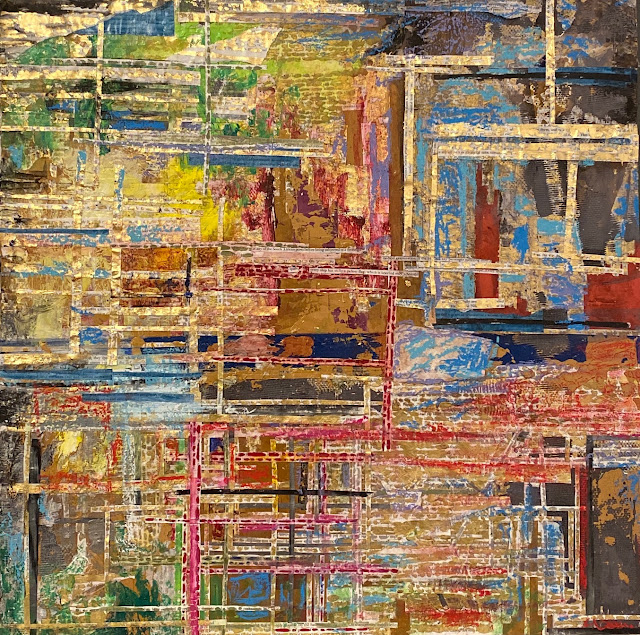 Natalya Kochak creates paintings and mixed media work with humanitarian influences of social justice. Born in New York, she has spent time in Chicago, and completing artist in residency programs in Berlin and Beijing, in addition to teaching art in Uganda for two months. She earned her BFA and MFA from The School of the Art Institute of Chicago and currently resides in Miami, where she is a professor at Miami International University in the visual arts department.

The sculptural books pictured here are from her series My Family Anti-Autobiography which explores constructs of whiteness. She explains her work:

This project began organically: two families, both with an interest in genealogy and history, started to look for something, not knowing exactly what. My mother, Jacqueline Kochak, is a journalist with a love and obsession for knowledge and truth who, through the exploration of history, set out on a search for her family history. Along the way, she met Paula Whatley Matabane, who lived only one hour away and was on the same search. They were two Southern women who found each other. Their connection was a shared ancestor who was a slave master. My family’s ancestor was the slave master, and Paula’s was the enslaved female. This knowledge was extraordinarily hard for my mother to accept at first. She always thought she was from a poor farming family. Paula, on the other hand, knew of her family history and wanted to open a dialogue....

My interest deepened as I learned of the similarities between the four women involved, Paula and my mother, Paula’s daughter and me. My mother and Paula are only a couple of years apart in age, one a journalist and the other a documentary filmmaker and professor. My interest further deepened as I found out that Mashadi, Paula’s daughter, was a writer and academic, and I am a contemporary artist. We are two sides of one coin, exemplars of a narrative that has been buried by controversy, and a shame in American history that has yet to be fully acknowledged. The brutality of that time and the unacknowledged history are at the forefront of our continued conversation.

I proposed that the two families begin to get to know each other through starting a conversation, in the process becoming a family that has never been acknowledged. I proposed using our photo archives to make reimagined family portraits in the form of collages and montages. From the collages I create large-scale paintings to synthesize these moments and write them into present history. Paula and her daughter respond to everything I create. We have a continued Skype conversation. I am collecting data, a new archive, and in doing this we rotate agency. We are history making—chatting and acknowledging, collaborating and negotiating. Through a newfound unity, we are transcending a patriarchal society; shame is revised into a new beginning. 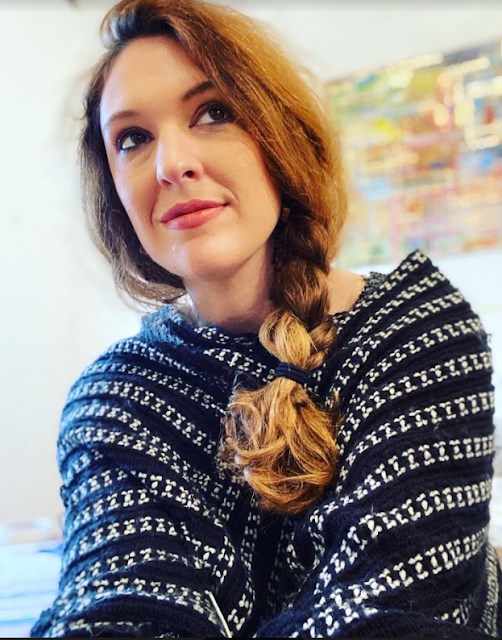