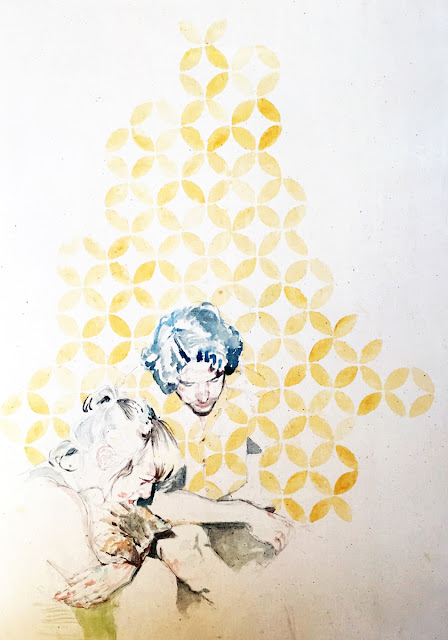 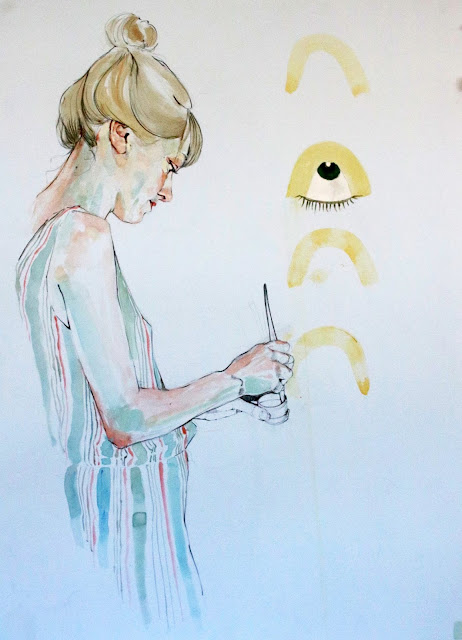 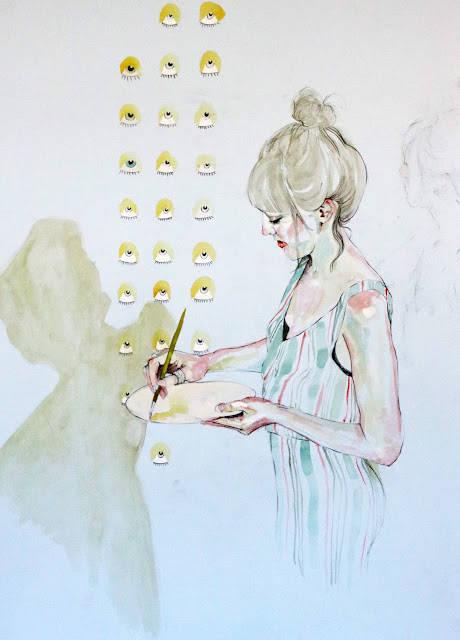 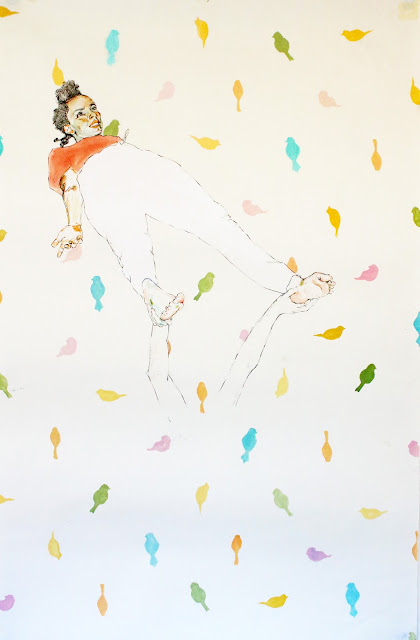 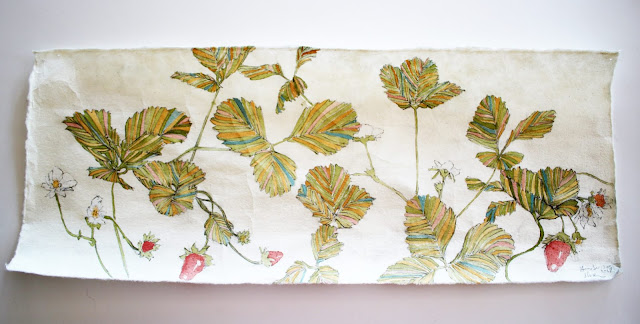 Sarah was born and raised east of Toronto, Canada, on a beach on Lake Ontario. Sarah became interested in art at a young age, spending every available minute drawing, and developing her techniques. After high school, she spent a year in an interdisciplinary liberal arts program in Halifax, Nova Scotia, at the University of King's College, studying Western literature and philosophy. During this time, she kept an avid practice of her journaling and sketching, weaving together a visual language which combined her reflections on philosophy, life and existence. Following this introspective year, she earned a BFA at Queen's University in Kingston Ontario, graduating in 2012. She began to sell and exhibit her paintings in Toronto, learning about the business side of being an artist. Sarah completed her MFA in painting at the San Francisco Art Institute in 2014, and was awarded a year long fellowship residency at the Headlands Centre for the Arts. Sarah now works out of her studio in Healdsburg, California, and exhibits her work across the San Francisco Bay Area, and in New York and Toronto.

Sarah's paintings use pattern, figure and objects to create a sense of narrative that asks the viewer to fill in the gaps. Influenced by textile art, Lacanian psychoanalysis, Viennese expressionism, and mid-century illustration, she creates scenes that ask the viewer to assess the social situation before them, as if walking into a party not knowing any of the guests. Sarah often works with self-portraits, portraying multiple selves interacting in one interior scene, as well as scenes depicting an interaction between two people in a relationship. This starts a conversation between the subject matter and the viewer about the relationship one has with oneself and with others. As the viewer reads the painting they cannot help but look within themselves to give the painting meaning-reading into body language, objects, and other signifiers within the scene.


She can be found on the internet at www.sarahammons.ca and on Instagram @sarahammons1 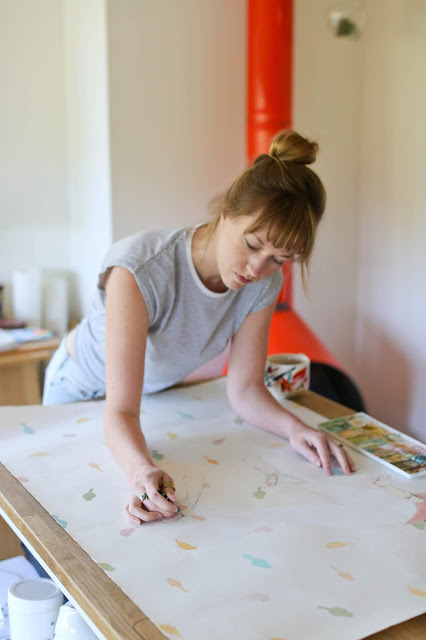 Work featuring great color, architecture, an eye for design, and fun shops?! Yes please! If this intrigues you as much as us, check out Jo Illustrates! Jo Illustrates! is a project by a Sydney based artist who dabbles in illustration; she draws inspiration from a past life of studying graphic design and architecture, working in a graphic style that is detail orientated. Jo was kind enough to give us some insight into how she approaches her work: I use a combination of copic markers, paint pens and felt tip markers in my work and find the materials I use inform the type of art I create. Almost as if they are in charge and it's my job to figure out how to form an image from their application. I find approaching my art in this way is not only expressive, but methodical and puzzle like.  I am inspired by architecture, music, travel, design, pattern and colour. You can see more of her work on Instagram   @_jo_illustrates or on Etsy  http://w
8 comments
Read more

The beautiful, fantastical, colorful creatures of Zeke’s Lunchbox, stole our hearts at first sight! Inspired by everything from pop art to retro science fiction, she creates mesmerizing scenes creating an escape from reality.   Zeke's Lunchbox is an art pseudonym for Melbourne based artist, Julia Rich. Under this name she creates work that is influenced by kitsch art and the space age while extrapolating ideas with imagery from everything B-grade. The work is triggered by schlock artists and draws inspiration from illustrators of Goosebumps and The Garbage Pail Kids. Zeke's Lunchbox is primarily a painter, illustrator and street artist specializing in portraiture of alien-like women and strange creatures that reside on distant planets. Zeke's work has been exhibited in a multitude of local and international group shows, including Miami Art Basel, Booty Worship (United States) and Soft Matter (U.K.). Some local highlights inclu
3 comments
Read more