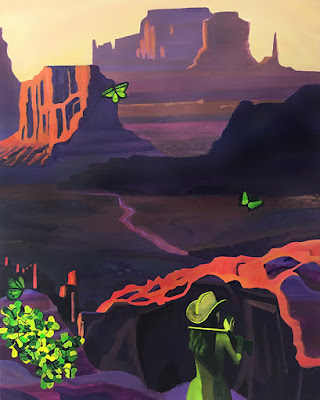 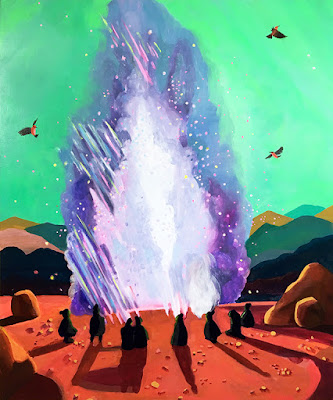 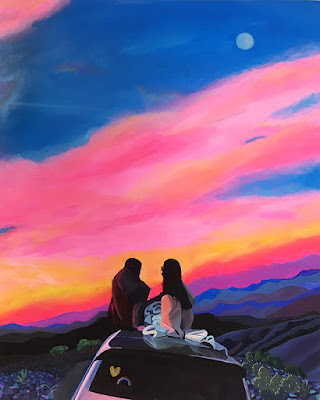 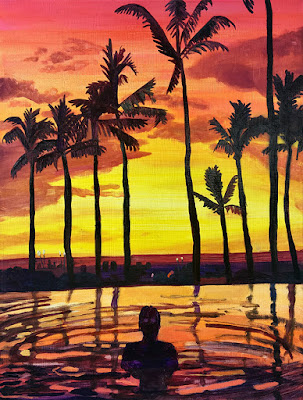 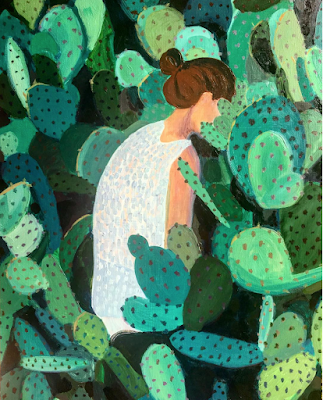 We discovered the work of Erika b Hess when she started her podcast, I Like Your Work, with its episode featuring Ekaterina Popova of Art & Cocktails. It was apparent that she is passionate about painting and community within the arts, two things we love as well! She utilizes bold colors and energetic brushwork to contribute to the meaningful context of her beautiful paintings.

Erika b Hess is a painter who is the co-founder of MUSA Collective Boston and creator of I Like Your Work podcast. Hess' work has been recently exhibited nationally including Prince Street Gallery in Manhattan, NY, Last Projects in Los Angeles, CA, and Boston Center for the Arts in Boston, MA. Her work has been published in various publications such as Poets and Artists, Fresh Paint, and in Post Industrial Complex, a book released by the Museum of Contemporary Art Detroit. Her work was selected by John Seed to be featured in "Fifty Memorable Artists 2015". She served as a visiting juror for Dayton Visual Art Center's 2016-2018 biennial in Dayton, OH. She was a panelist for Cleveland Institute of Art's, "Feminism Now: Exposing the Truth"' a symposium focusing on art, feminism and digital culture and, "Creative Capital: Building Collaborative Art Spaces"' at Boston University. Hess received her BFA from Wright State University and her MFA from Boston University.

Everyone knows we love color, so of course we love Hess' work! She offered some great insight into her work:

My interest lies in communicating visually what it means, to me, to be a woman in our current society. My work has grown and shifted as I have navigated living as a female identified person and as I have entered different phases of life. Five years ago, my work responded to digital culture by including gifs and "girl art"; symbols and emojis combined with pattern and high key color used to advertise to women. This work transitioned when I had my first child to begin to include the body and figure. the series of work I produced centered around the action of giving flowers, as I had received flowers after the birth of my daughter. Flowers behave in a cyclical manner as do we. We are born, live and therefore we also have an end. Currently my work incorporates the cycle of living and death but is dedicated to the point in-between; the phase in a woman's life as creator, mother and healer. I paint images of women coming together to celebrate and bear witness to the cycle of living. They speak to a particular part of female spirituality; spirituality that looks to nature, healing, and creative magic. 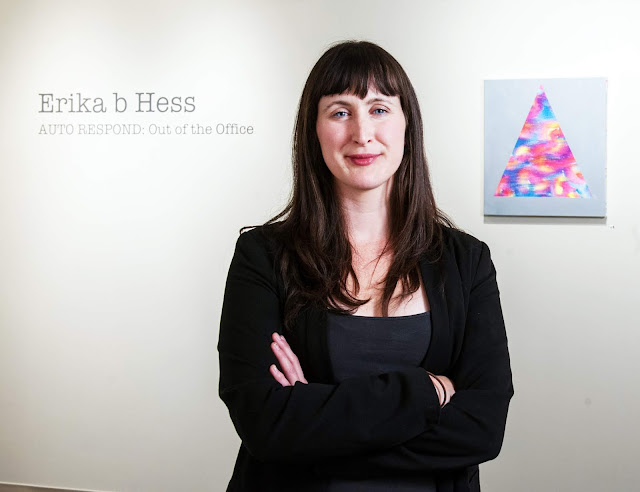